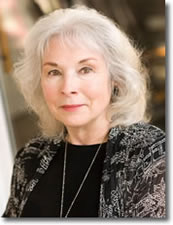 “I think, therefore I feel.”

With obsessive-compulsive disorder, it`s as though the brain gets stuck on a particular thought, urge or behavior.

Obsessions are thoughts, and impulses that occur over and over again and seem to be out of control.

Obsessions are accompanied by a sense that things must be done in a way that is “just so”–perfectionism that becomes problematic.

People with OCD attempt to make their obsessions go away by performing compulsive behaviors.

Compulsions are acts performed over and over again.

The compulsive rituals are performed to obtain relief from the discomfort caused by the obsessive thoughts and impulses.

OCD symptoms can occur in people of all ages.

Normal worries and fears may increase during times of stress.

These symptoms become OCD when they persist, make no sense, seem out of control, and interfere with normal functioning.

Understand your symptoms and learn what to do about them by using cognitive behavioral skills.

The goal is to change your thought patterns to gain a sense of control and well-being.

ACQUIRE skills to manage your OCD

CREATE a healthier and happier you

Lisa H. Lang Ph.D. is a licensed professional counselor (LPC) & marriage and family therapist (LMFT) located in Flower Mound, TX with over 30 years experience. She is a Certified Cognitive Behavioral Therapist and life coach offering psychotherapy, hypnosis, and other solutions to those seeking counseling. Dr. Lang is conveniently located to residents of Flower Mound, Lewisville, Carrollton, Southlake, Grapevine, Coppell, and the Dallas/Fort Worth area.